Ukraine is the second largest Eastern European States. Russia and its environs from the east and northeast, Belarus to the north, Poland, Slovakia and Hungary to the west, Romania and Moldova to the southwest, and the Black Sea and Sea of ​​Azov to the south.

Ukraine is also one of the most attractive countries in the world for foreign tourists and a center for study and travel. By many of the cities and the beautiful locations and magnificent like Kharkov, Odessa, Dnipropetrovsk, and many others. Ukrainian is the official language in Ukraine, while Russian is used on a large scale. Dominant religion in the Eastern Orthodox Christian country, which greatly influenced the Ukrainian architecture, literature and music. Kiev is the capital city of Ukraine and its largest city, located in the northern center of the country on the Dnieper River. Ukrainian currency in the country is Algervn (Jerven).

The area of ​​Ukraine total 603,700 km 2 (233,100 sq mi) and with a coastline of 2782 km (1729 miles), which puts it in ranked 44 globally in terms of space. Ukraine is also considered the most important European countries, citing the oil and gas, where Anasseha bridge between the huge EU market and the market of the Russian Federation and Asia.

The study in Ukraine is considered the best option in Europe Ukraine is the best place to study, a place where you will receive the education level corresponds to the highest international standards. With real opportunities for training during the study, medical students, for example, allowing them to enroll in hospitals Ukraine’s second school year, providing the doctor graduated a large number of process years before the end of the study fall day Ukraine within the ten first countries in terms of the number of foreign students who are currently studying at universities Ukrainian totaling approximately 45,000 students from around the world, which constitutes a significant proportion of the global market for educational services size. The study also system of Ukraine does not require any rate to enter undergraduate majors to allow any student to attend, including preferred as the college admission to study in Ukraine does not need certificates of English language such as TOEFL also features educational sector in Ukraine, quality, efficiency and international recognition and adoption of Ukrainian certificates in many countries of the world as The study fees low compared to other countries of Western Europe, Canada and America. As the emphasis is on the practical side and applied in the educational process in the disciplines of applies. The visa tuition Ukrainian easy and content by 99%. 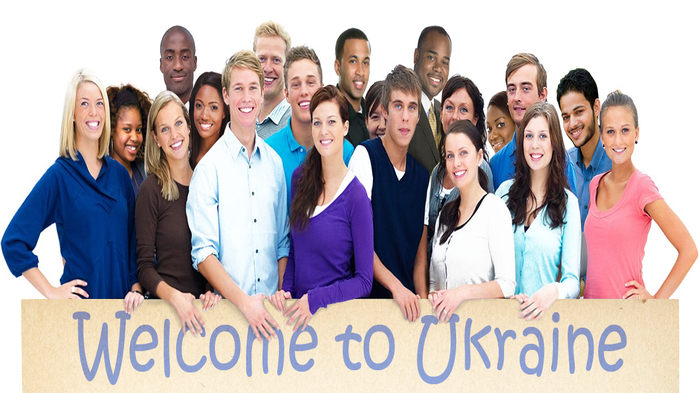